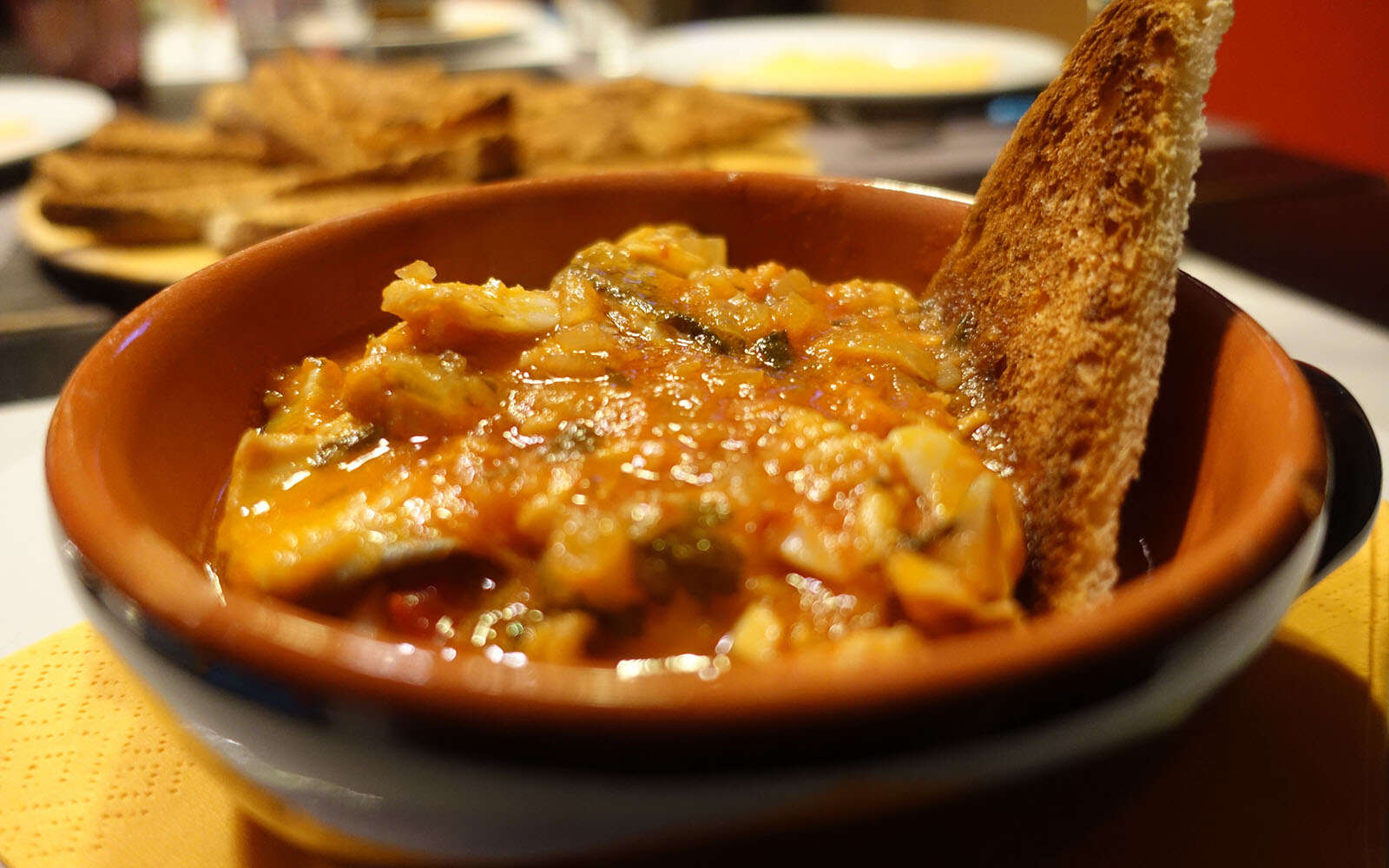 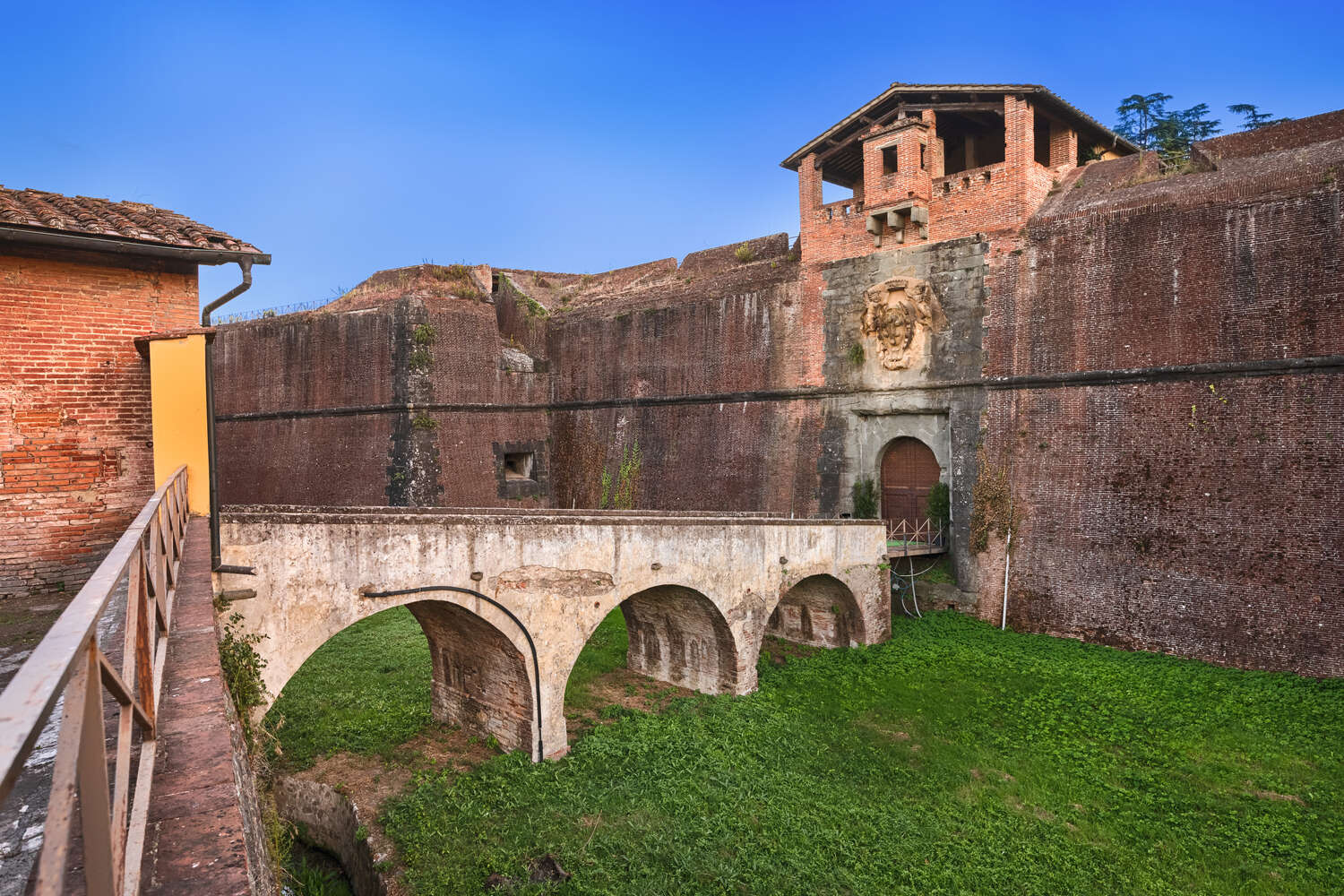 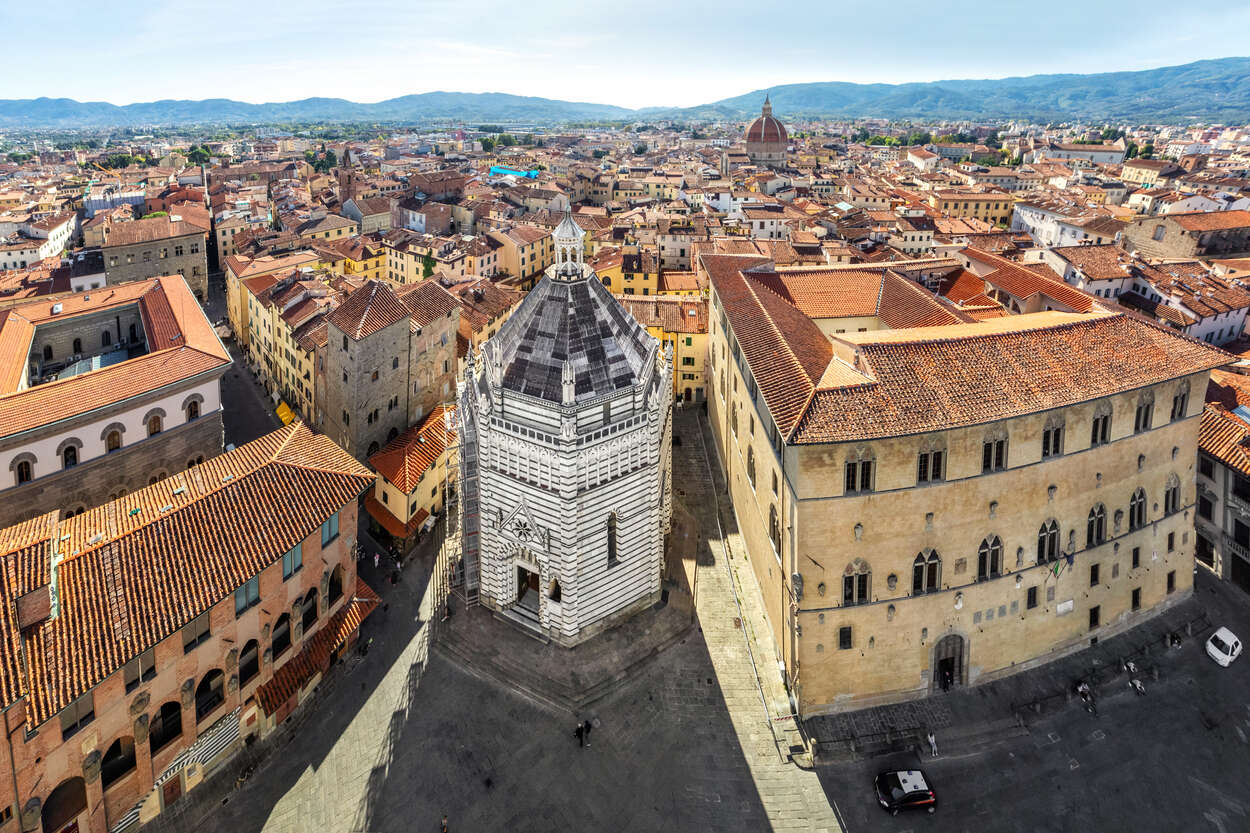 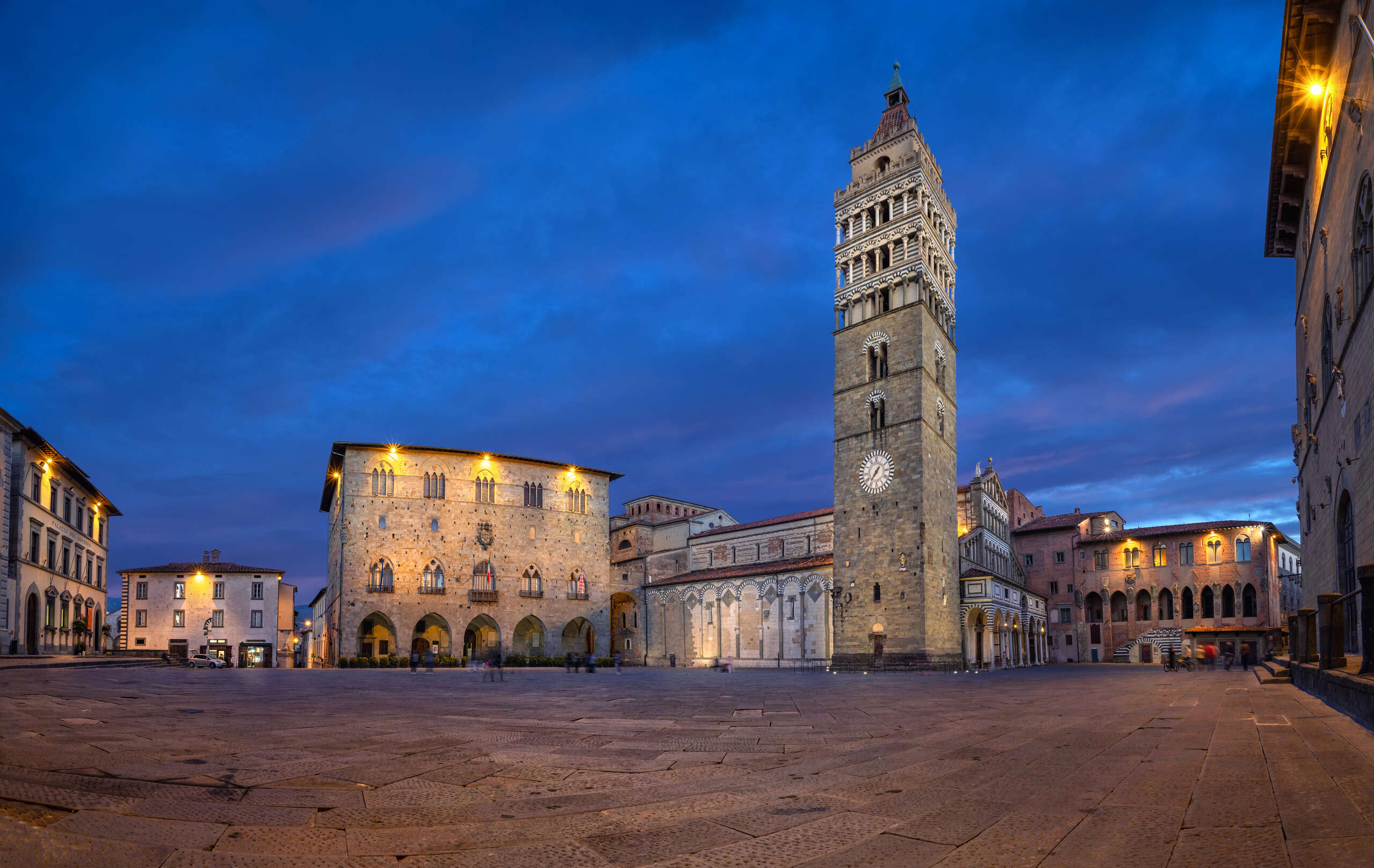 Pistoia, a seductive city with deeply historic roots, is a place that will amaze lovers of art and traditions. In the center you can wander down a path full of churches, cloisters, palaces, museums and monuments that revolve around one of the most fascinating Cathedral Piazzas in Italy. And even in the outskirts of the city, there are strikingly beautiful villages, churches and fortified castles.

The whole area is a testimony to how Pistoia was once an important medieval city state whose influence spread far beyond its borders. It is also an excellent starting point for exploring the surrounding countryside with its rich forests, mountains and flowing rivers.

Although less visited than other cities in Tuscany, the medieval city within Pistoia's old walls is charming and well-preserved.

Pistoria was a centre of Gallic, Ligurian and Etruscan settlements before becoming a Roman colony in the 6th century BC, along the important road Via Cassia. Pistoia's most splendid age began in 1177 when it proclaimed itself a free commune: in the following years it became an important political centre, erecting walls and several public and religious buildings.

The Pistoia food scene can be summed up like this: the city’s cuisine is based on simple ingredients, with dishes that are quick to make, but rich in taste. This tradition has been passed down through the generations thanks to slow food movements and food festivals that champion local culinary culture. The zuppa del carcerato (prisoner's soup), which is made with stale bread and meat broth, is one of the area’s most traditional recipes.

Piazza del duomo is the most impressive square of Pistoia, one of the most ancient in Tuscany. It lies at the foot of Colli Pisani, right in the heart of the city and it is a real open-air museum thanks to its buildings, monuments and works of art dating back to different periods and styles.

The square is defined by its main buildings that, over the centuries, has characterised the political and religious life of the city: the Palazzo Comunale, the Palazzo Pretorio, the San Zeno Cathedral, the Palazzo dei Vescovi, the Baptistery and the spectacular bell tower.