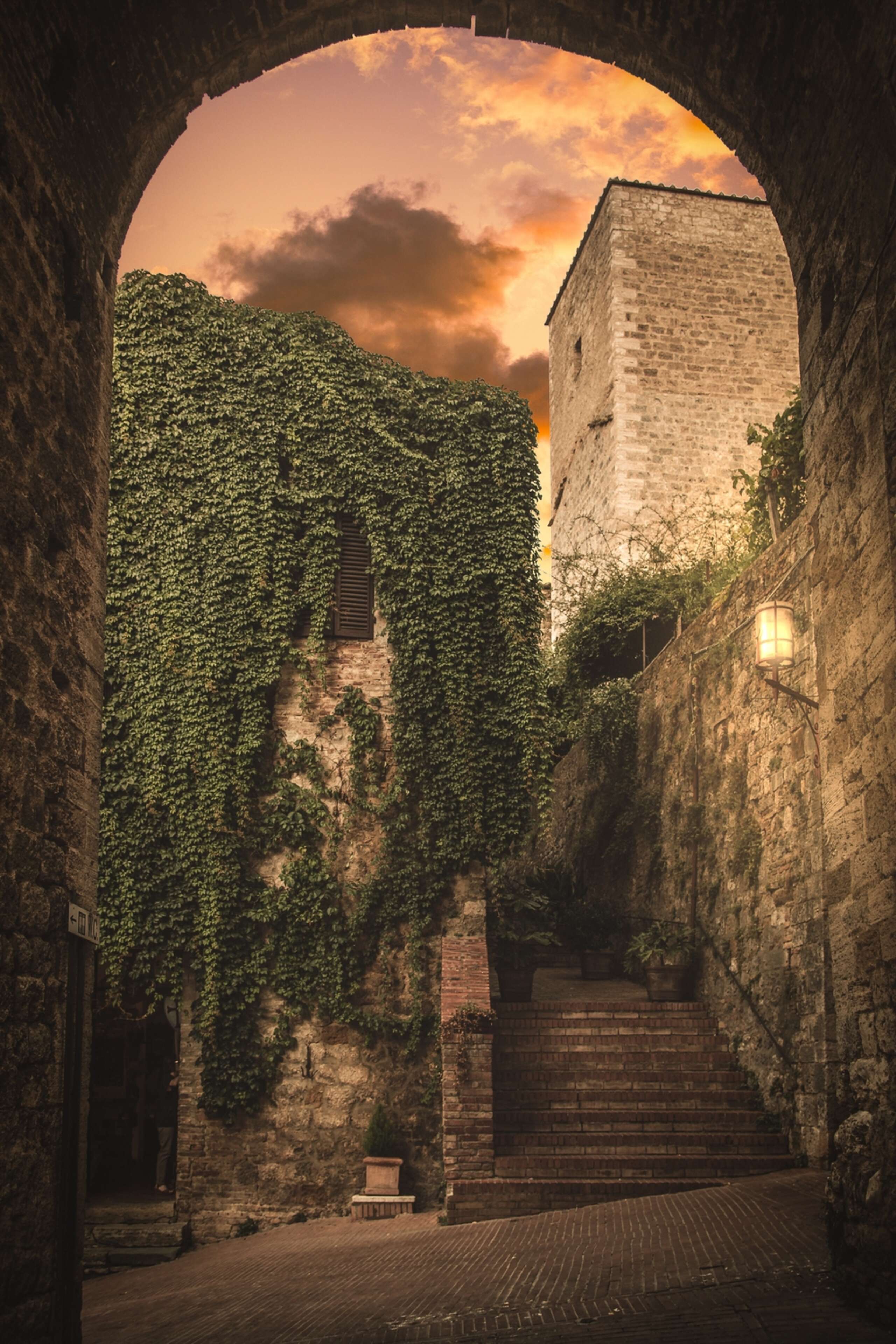 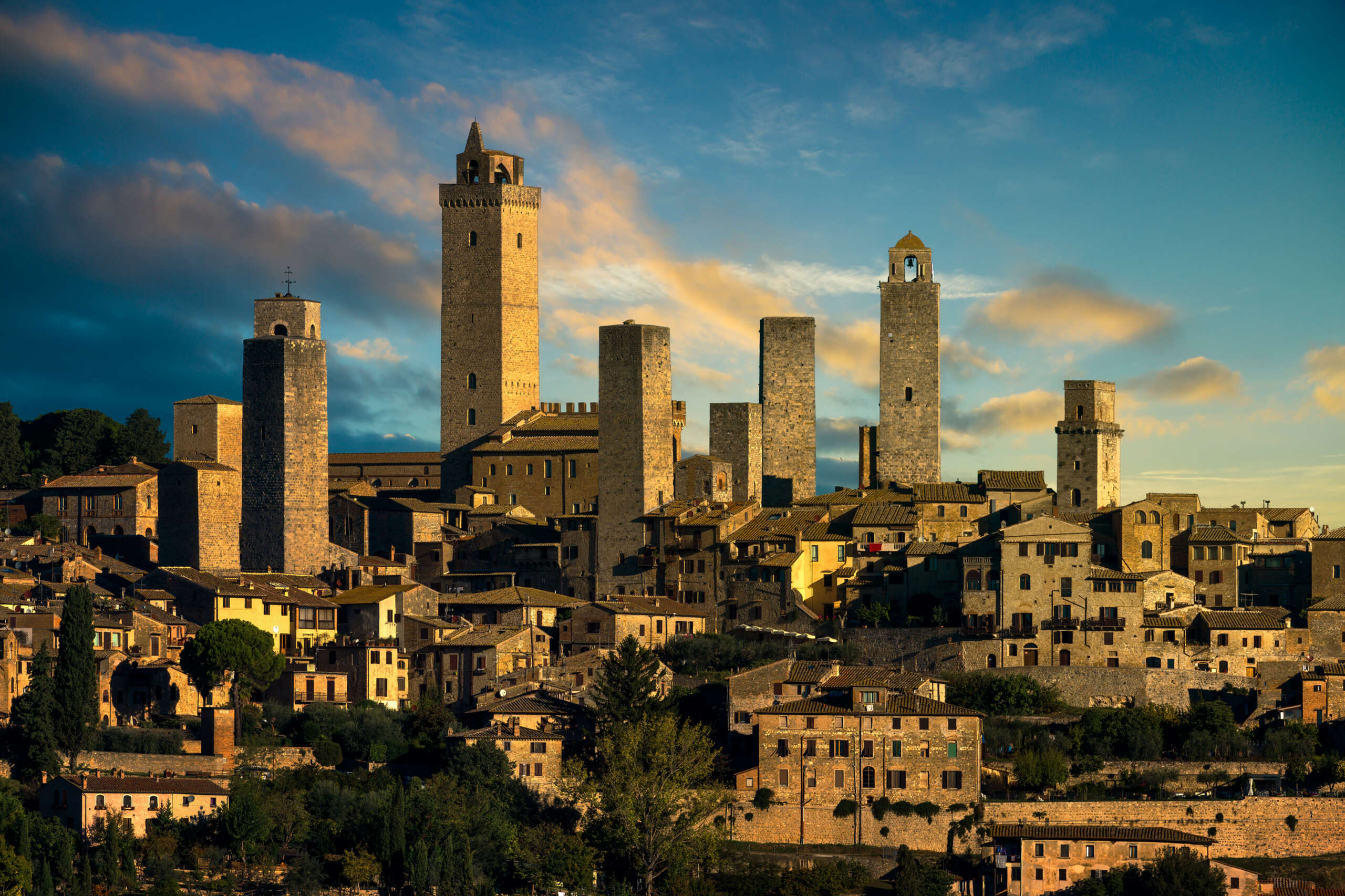 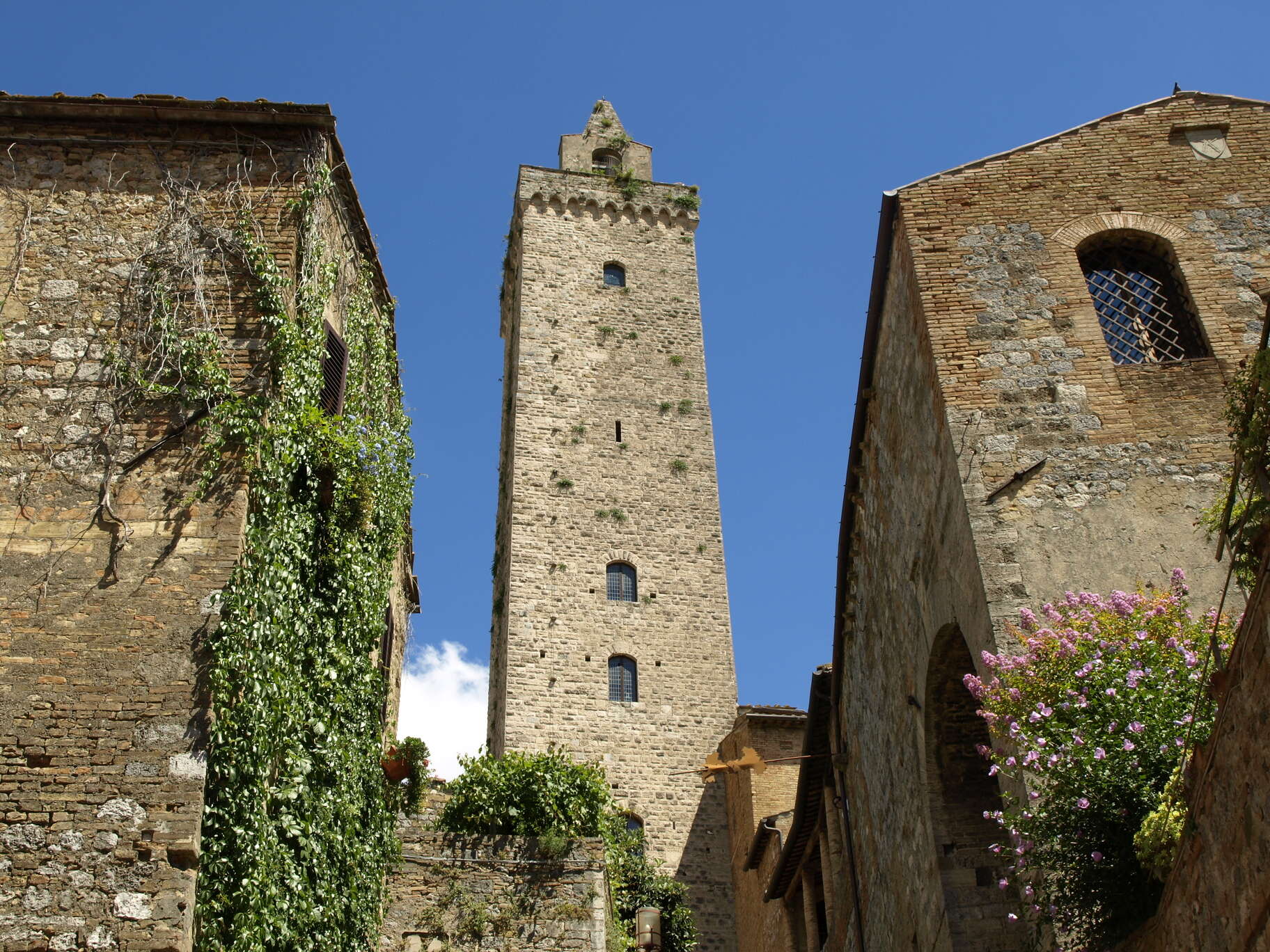 San Gimignano, once a medieval village, is now a UNESCO World Heritage Site in the heart of Tuscany.

It is famous for its towers and medieval architecture, panoramic views of the Tuscan countryside and a vibrant art scene. Located about 60 kilometers south of Florence, San Gimignano is one of the most famous villages in all of Italy.

The town’s historic center has been preserved almost intact since the Middle Ages, with its 13th-century walls and many of its distinctive towers still standing today.

San Gimignano is best known for its many towers. While in other cities most or all of their towers and fortifications have been brought down by wars, catastrophes, or urban renewal, San Gimignano has managed to conserve fourteen towers of varying heights. The town has many examples of Romanesque and Gothic architecture. As well as churches and medieval fortifications, there are examples of Romanesque secular and domestic architecture. There are also many churches in the town: the two main ones are the Collegiata, formerly a cathedral, and the beautiful Sant'Agostino, housing many artworks from early Italian renaissance artists.

The Via Francigena is an ancient road and pilgrimage route running from the cathedral city of Canterbury in England, through France, Switzerland San Gimignano to Rome and then to Apulia, Italy, where there were ports of embarkation for the Holy Land. The path is known as "Via Francigena" in Italy and you can recognize it by the marks of a pilgrim figure.

Vernaccia is a white Italian wine produced in and around the Italian hill town of San Gimignano. It was the first Italian wine to be awarded the Denominazione di Origine Controllata title. Which is a classification of wine that constitutes the system of labeling and legally protecting Italian wine. It is the combination altitude and chalk soils, which give the wines their character.