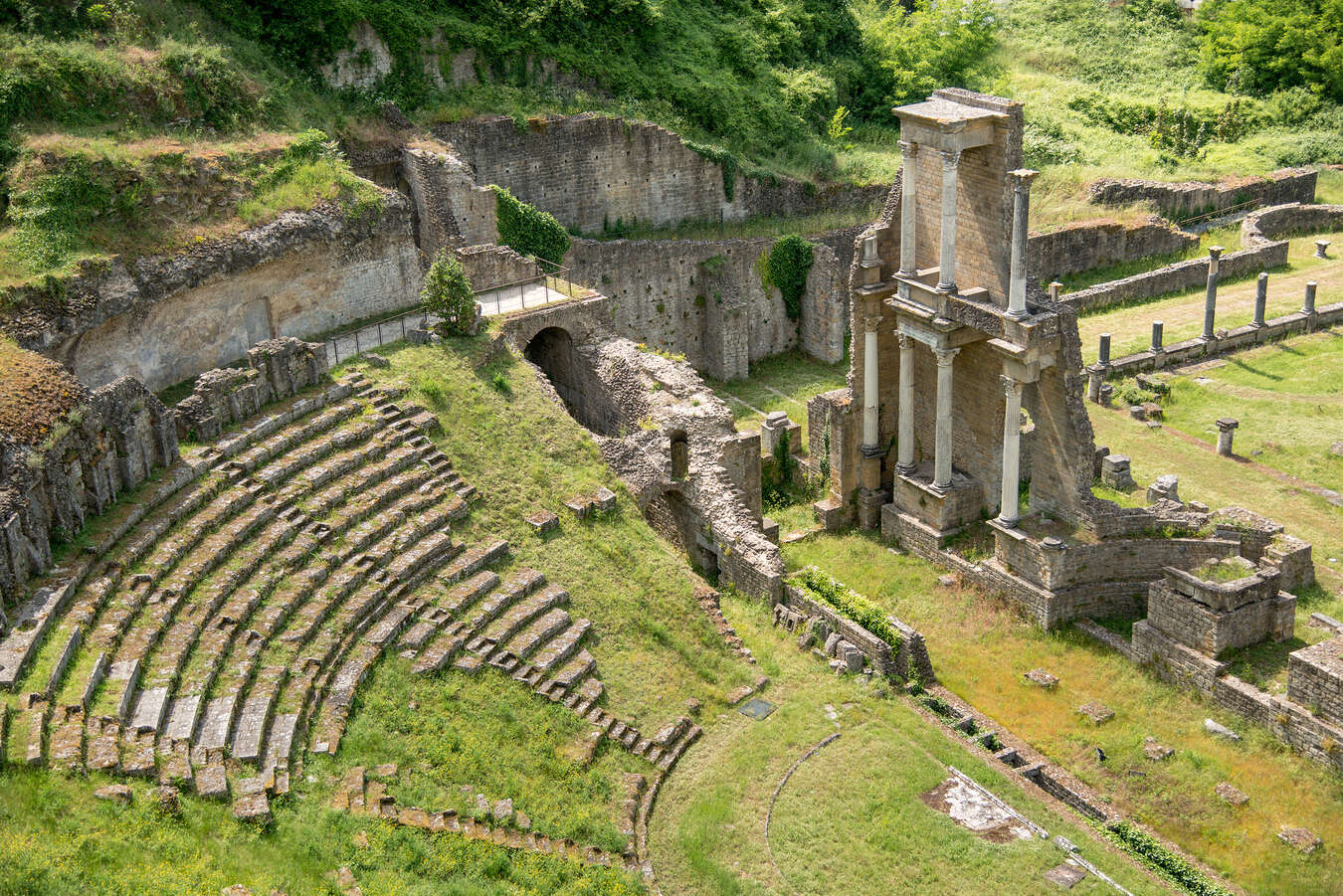 Volterra is a small town and yet it has one of the most interesting history. Its location on top of a hill with breathtaking views over Tuscany landscape makes it a very attractive tourist destination. The beautiful old town, which you can explore by bike or on foot, has been listed as a World Heritage Site since 1997.

Apart from the historical sights, Volterra offers something for everyone: the churches, the meeting place at "Bottega del Cuoco", the typical market with its delicious fish and seafood, sports facilities and many more.

Volterra also has an important role in Italian history - it was here where the first Etruscan settlements were established thousands of years ago. Their ruins can be found in all parts of Volterra and its surroundings. And, last but not least, there are wonderful places like the where you can taste local delicacies.

The most beautiful Volterra sights you must see

This was the site of the ancient castle and is now home to the main Etruscan Archaeological Museum of Volterra. The San Giusto area is a must for anyone who wants to explore this ancient Italian city.

Built in the 12th century, the cathedral is home to the frescoes of Guidoccio Cozzarelli and was originally built on top of a former Roman temple dedicated to Minerva.

Located on a hilltop in Volterra, it was built during imperial times and is still used for concerts and shows today. It contains niches that were once filled with statues of the gods and goddesses favored by those who lived in this ancient Roman town.