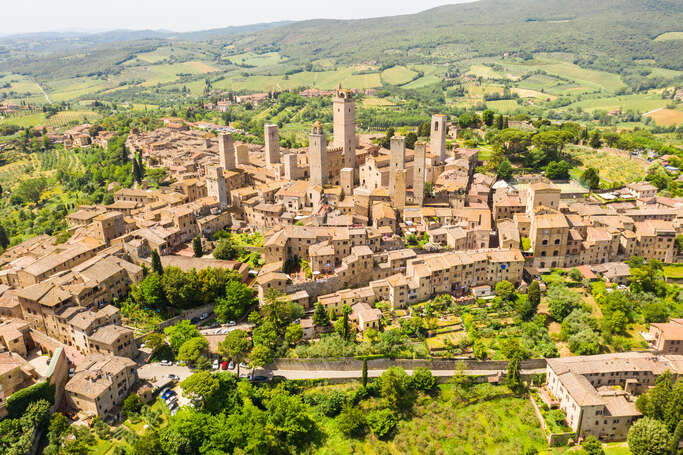 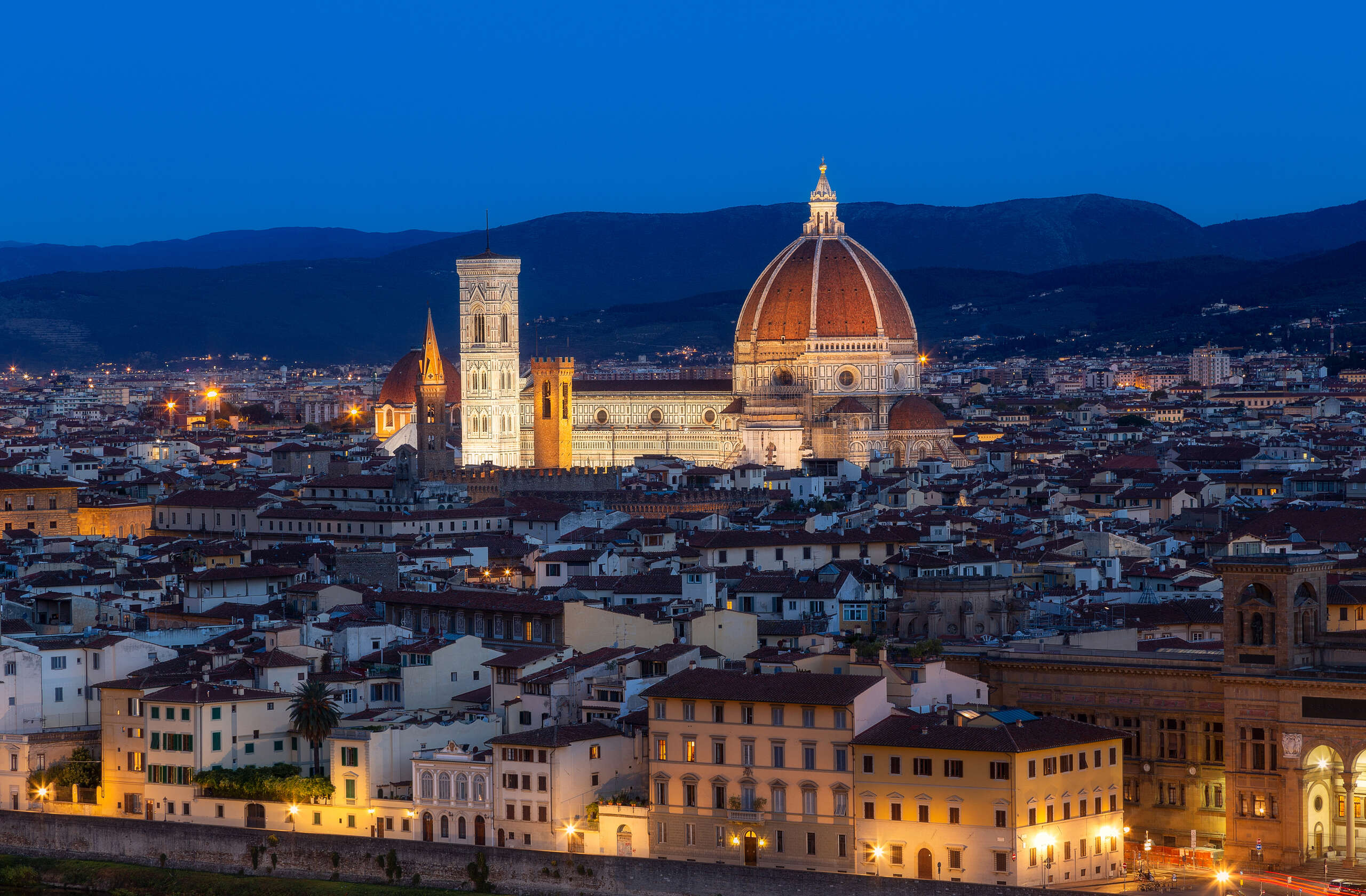 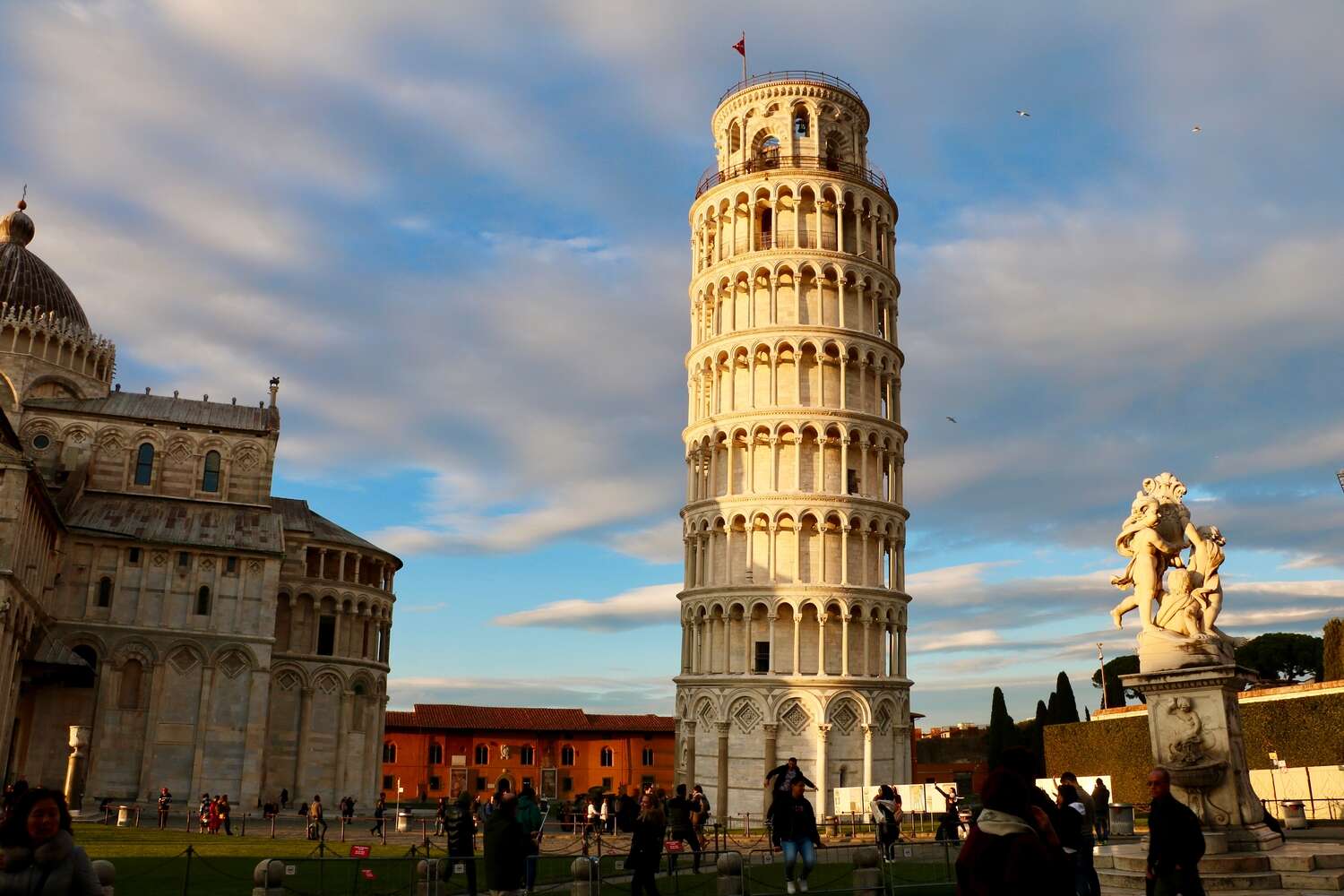 A visit to Tuscany is a great way to discover the treasures of Italy and marvel at some of its most remarkable sights. The area offers a wealth of wonderful landscapes, stunning architecture and delicious food. This region preserves the most ravishing UNESCO World Heritage Sites. From the well-known towns of Siena, Florence, and Pisa to the lesser-known but equally impressive San Gimignano and Pienza. Take a look at the list of must-see places in Tuscany and save this for your trip.

The Historic Centre of Florence, which comprises a significant portion of the city, was declared a World Heritage Site by UNESCO in 1982. The city is the result of persistent and long-lasting creativity, which includes museums, churches, buildings and artworks of immeasurable worth. The area of "outstanding universal value" boasts Uffizi Gallery, Bargello Museum, Pitti Palace, Palazzo Vecchio, Palazzo Rucellai, Santa Croce, Piazza della Signoria and more. Florence flourished in the 15th and 16th centuries thanks to the Medici family, who were able to patronize well-known artists such as Michelangelo, Leonardo da Vinci and Botticelli. The city is a major center of the Italian Renaissance that impeccably reflects unique historical and aesthetic qualities.

Piazza del Duomo is recognized as an important center of European medieval art and one of the finest architectural complexes in the world. These four masterpieces of medieval architecture – the cathedral, the baptistry, the campanile (the 'Leaning Tower') and the cemetery – had a great influence on monumental art in Italy from the 11th to the 14th century. The heart of the Piazza del Duomo is the medieval cathedral known as the Duomo di Pisa. The facade of the cathedral has a Gothic architectural style and consists of a tall nave arcade that is articulated by polychrome arcades and arches supported by columns with classical capitals. The square is an excellent example of the Pisan Romanesque style and provides magnificent views of the rich old city. Once and for all, you'll be impressed by its brilliant beauty.

The Historic Center of Siena was inscribed as a UNESCO World Heritage Site in 1995. Siena is the embodiment of a medieval city with its Gothic appearance, acquired between the 12th and 15th centuries. During this period, the works of Duccio, the Lorenzetti brothers and Simone Martini influenced the course of Italian and, more broadly, European art. The whole city of Siena was built around the Piazza del Campo. This shell-shaped piazza is regarded as one of Europe's greatest medieval squares. The square acts as the center of Siena's political life and hosts many public events, such as the famous Palio horse race that takes place twice a year. The most fabulous city attractions, which are worth a visit, include Torre del Mangia, Siena Cathedral, Palazzo Pubblico and Museo Civico.

The Historic Center of San Gimignano sits on a height of land, dominating the surrounding landscape. "San Gimignano delle belle Torri", 56 km south of Florence, served as an important relay point for pilgrims traveling to or from Rome on the Via Francigena. The old town is surrounded by walls that were built in the 13th century to protect the city, which are 1,500 meters long and up to 8 meters high. The city's 14 towers testify to the wealth and power of medieval merchant families who competed to build ever taller towers as symbols of their status within the community. The town of fine towers also boasts Palazzo Comunale, the Collegiate Church and the Church of Sant Agostino, which contain frescos dating from the 14th and 15th centuries. A small walled hill town offers plenty of medieval architectural masterpieces and a marvelous skyline from the top.

Pienza was designed as an "ideal city" by Pope Pius II Piccolomini and constructed over a period of 15 years to give it the look of his birthplace. The historic center of the city was added to UNESCO's World Heritage List in 1996. Pienza is considered a true masterpiece of Renaissance architecture and town planning. This project was to be both an expression of the new ideas of the time and a place where the Pope could live in peace and tranquillity away from the troubles that plagued Italy at the time. It was led by the architect Bernardo Rossellino, who applied the principles of his mentor, Leon Battista Alberti. The town plan is symmetrical and balanced. This new vision of urban space was realized in the superb square known as Piazza Pio II and the buildings around it: the Piccolomini Palace, the Borgia Palace and the cathedral with its pure Renaissance exterior and an interior in the late Gothic style of south German churches. Pienza is a unique chance to admire urban majestic proportions and sophisticated harmony today.