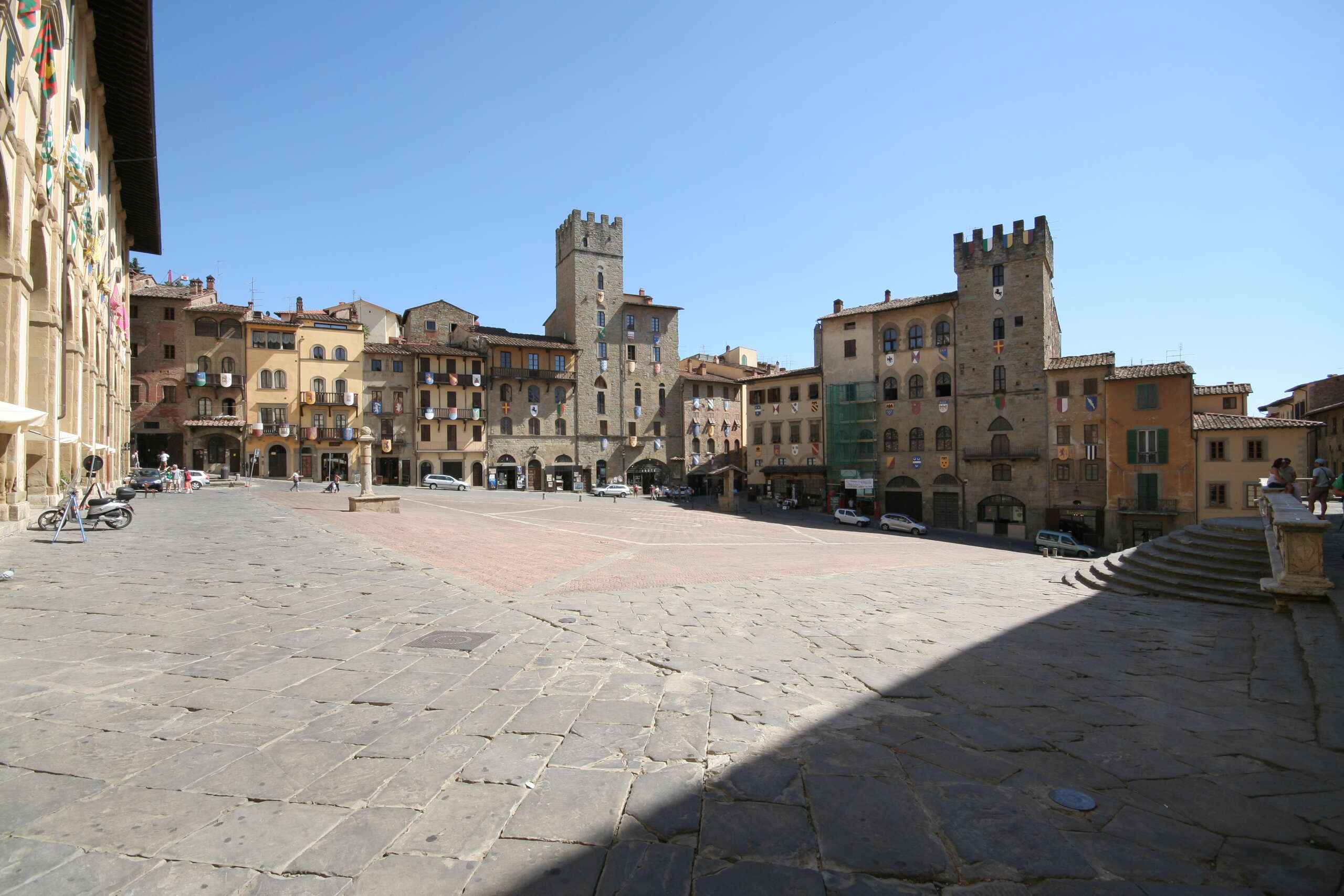 Described by historians as one of the Etruscan capitals, Arezzo is believed to have been one of the twelve most important Etruscan cities. There is some significant Etruscan evidence: parts of walls, an Etruscan necropolis on Poggio del Sole (still named "Hill of the Sun"), and most famously, the two bronze statues which were discovered in the 16th century and taken to Florence. Increasing trade connections with Greece also brought some elite goods to the Etruscan nobles of Arezzo.

The city has more than 20 churches, including St. Mary Magdalene Church, which was built in 1326 and still stands today. Made from pale red sandstone with white marble decorations, this church is one of the biggest in Italy. It contains interesting frescos and some that date back to the Middle Ages.

You can also find other important historical sites such as the Roman amphitheater where Romans would come to watch gladiator fights. The amphitheater dates back to about 80 A.D.

The Piazza Grande is the most noteworthy medieval square in the city, opening behind the 13th century Romanesque apse of Santa Maria della Pieve. Once the main marketplace of the city, it is currently the site of the Giostra del Saracino. The ancient game of chivalry dating back to the middle ages.

The event which takes place every year on June 16th and September 1st, sees 12 knights representing all areas of Arezzo competing against each other, with a lance in hand to try and hit a puppet depicting Saracen soldiers.

In the early 1900s, the city of Arezzo became a popular stop on the Grand Tour. The area's ancient history, medieval churches, and scenic countryside turned it into a popular tourist destination because of its historical significance. Visitors will find themselves awestruck by the city's past in all its glory.