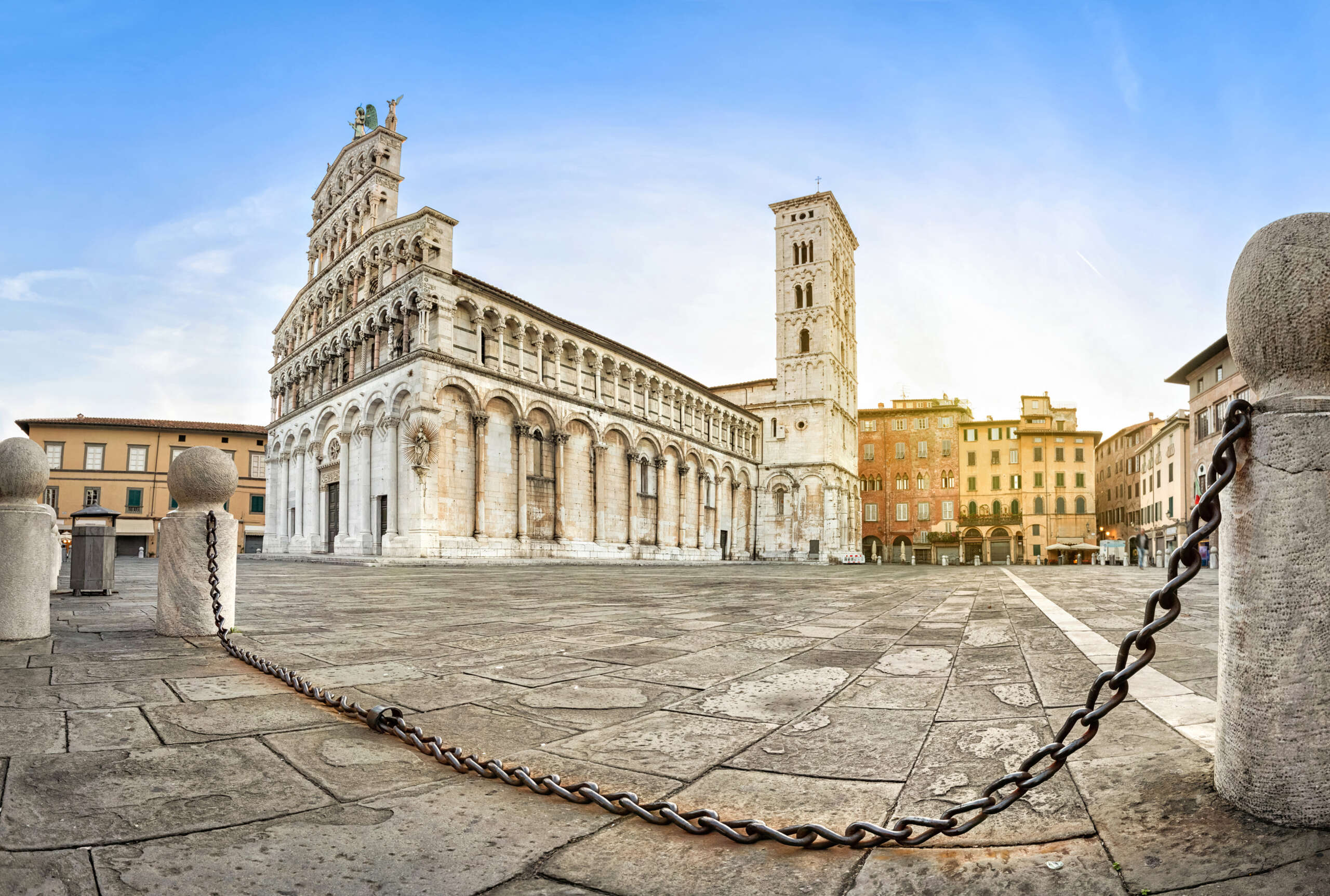 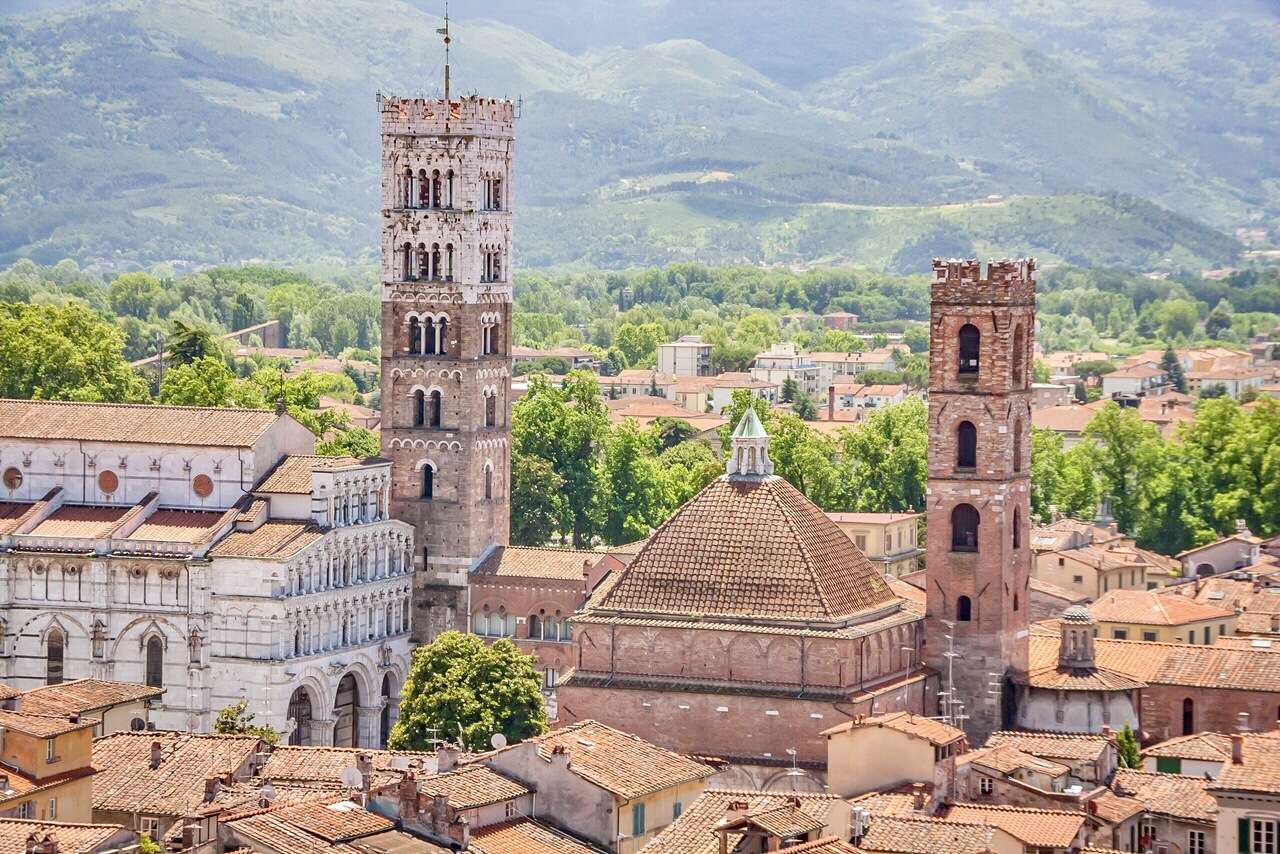 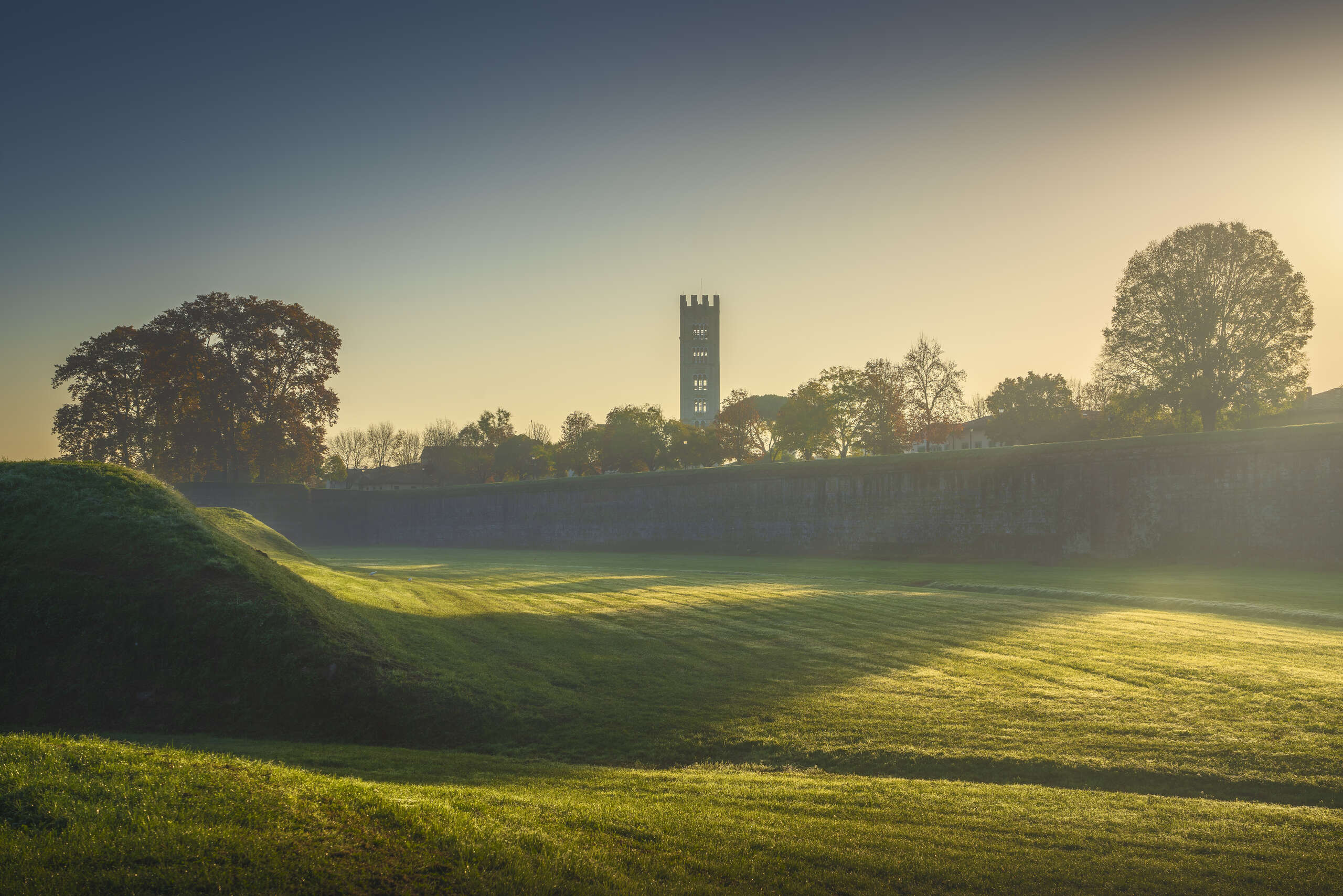 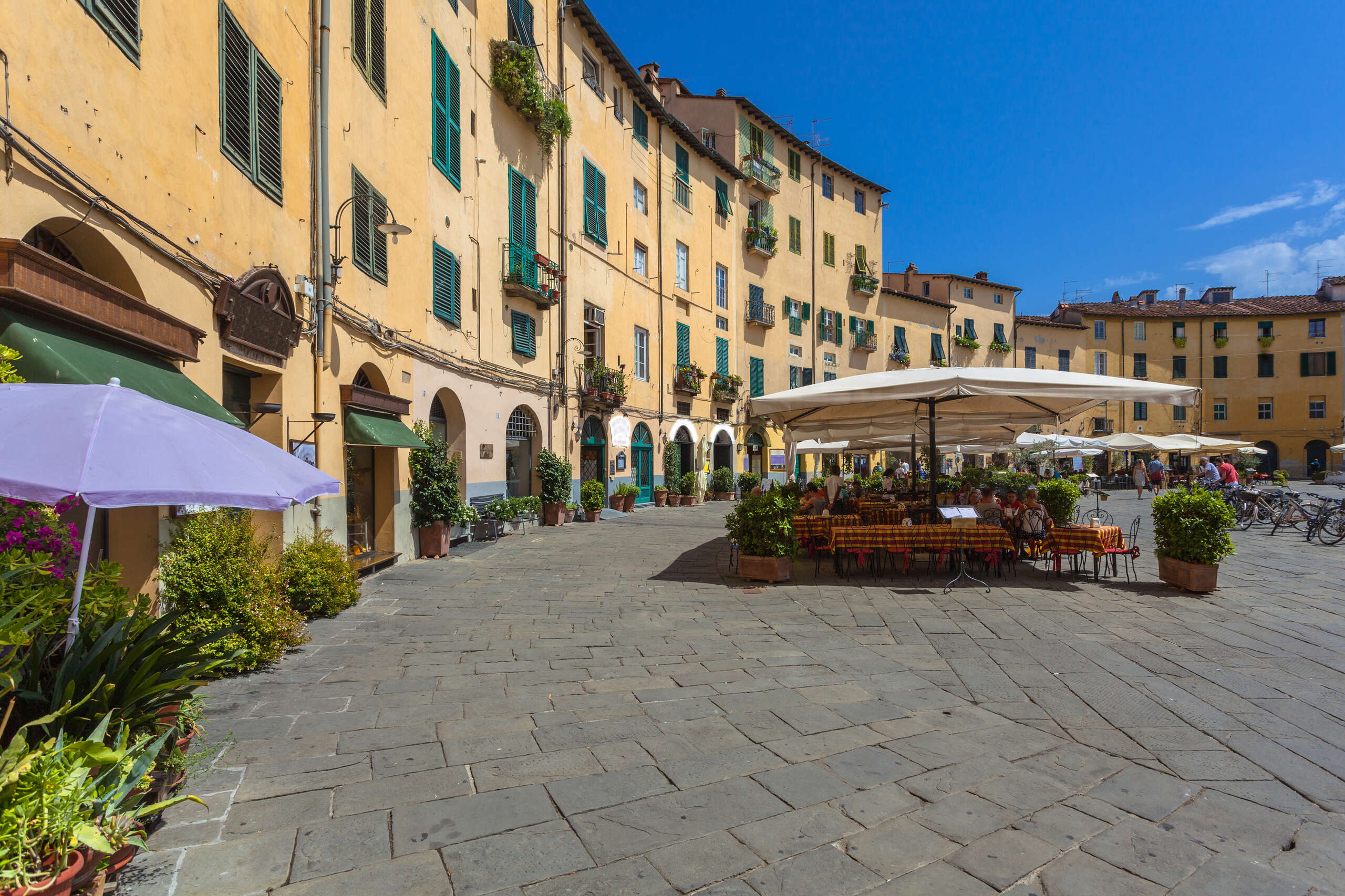 It is only a short distance from Pisa and Florence. However, most people tend to pass by for bigger cities and never take the time to explore this beautiful town. Originally this city was founded by the Etruscans and was then a Roman colony around 180 BC. During the Roman era, Lucca served as an important meeting place for Julius Caesar and Crassus.

Lucca is known as one of the Italian's "Arts town" thanks to its intact Renaissance-era city walls and its very well preserved historic center, where, among other buildings and monuments, are located the Piazza dell'Anfiteatro, which has its origins in the second half of the 1st century A.D. and the Guinigi Tower, a 45 meters tower that dates from the 1300s.

The city is also the birthplace of numerous world-class composers, including Giacomo Puccini, Alfredo Catalani, and Luigi Boccherini.

Lucca has a long story of a city that has lived intensely every historical period and each left a significant mark on it. The city has been able to change over the centuries.

Lucca, in fact, is considered one of the most interesting cities of Tuscany in terms of history and art: its origins date back to the Etruscan period, as documented by the presence of some necropolis. Lucca was then a Roman city, as shown by the famous amphitheater and many other archaeological finds.

Afterwards, the city was under control of Florence for two centuries and lost much of its economic and political importance until it passed under Napoleon's rule. Napoleon's sister Elisa Baciocchi became princess and duchess of Lucca after its annexation to France; she transformed Lucca into an enlightened principality, embellishing it with many buildings that are still visible today.

The fortification of Lucca

The Edwardian Promenade is the name given to the walkway, around 2 miles in length, that runs along the top of the city walls in Chester. Initially built as a defensive rampart, once the walls lost their military importance they became a pedestrian promenade.